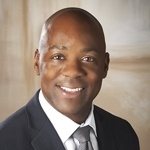 Antoine Williams, a New York City native, attended the prestigious Bronx Highschool of Science and went on to earn a B.S. in Business Administration with a  major in finance and a minor in marketing from the University of Vermont. He received the University of Vermont’s highest honor, The Kidder Medal, which recognizes a graduate with exemplary character, leadership, and scholarship.

A once in a lifetime offer from Bear Stearns led Antoine back to New York City, where he helped manage over $300 million for the firm. Yet, his responsibilities as a Member of the University of Vermont Business School Board of Advisors’ brought him back to Vermont often. These visits made him realize that he wanted the quality of life that Vermont offered, and in 1999 he moved back and started an Edward Jones office in Shelburne. Under his leadership, the practice grew quickly and, by December 2004, Antoine ranked in the top one percent of successful Edward Jones offices nationwide.

However, life changed dramatically for Antoine on January 5th, 2005, when he was in a near-fatal collision with a snowplow. While doctors said he shouldn’t have survived, his only injuries were a temporarily crushed pelvis and a damaged ear. While in the hospital recovering, Antoine realized that his car accident changed his perspective on life and his profession. He decided to leave Edward Jones and start his own firm built on his belief that wealth management is more than just investments. He believes in complete wealth management that combines investments, retirement, insurance, and estate planning into a comprehensive strategy focused on financial success and stability.

Antoine now works with clients nationwide, creating paths toward financial success. While he advises a broad range of clients, he has certifications and specialized skills geared towards the unique needs of retirees, divorcees, the higher-education and healthcare communities, small business owners, inheritors, and executives.

In 2015 he was awarded the Distinguished Citizen Award by the Boys Scouts of America's (BSA) Green Mountain Council, given to individuals who best exemplify the BSA values of leadership, personal responsibility, and civic duty. He is now in a select group of recipients of the Award, including Governor Howard Dean, MD, Governor Madeline Kunin, US Senator Patrick Leahy, and US Senator Bernie Sanders.

Antoine, his wife, Michelle, and sons Matias and Ezra live in Shelburne, Vermont, where they love spending time together, skiing, boating, and traveling. Both his boys have followed in their Dad’s footsteps and are avid hockey and lacrosse players. He has served as the Head Goalie Coach for CSB Hockey and the Dynamo Hockey Club and is President of the Shelburne Youth Lacrosse program. Antoine still plays ice hockey every week and trains for sprint triathlons.